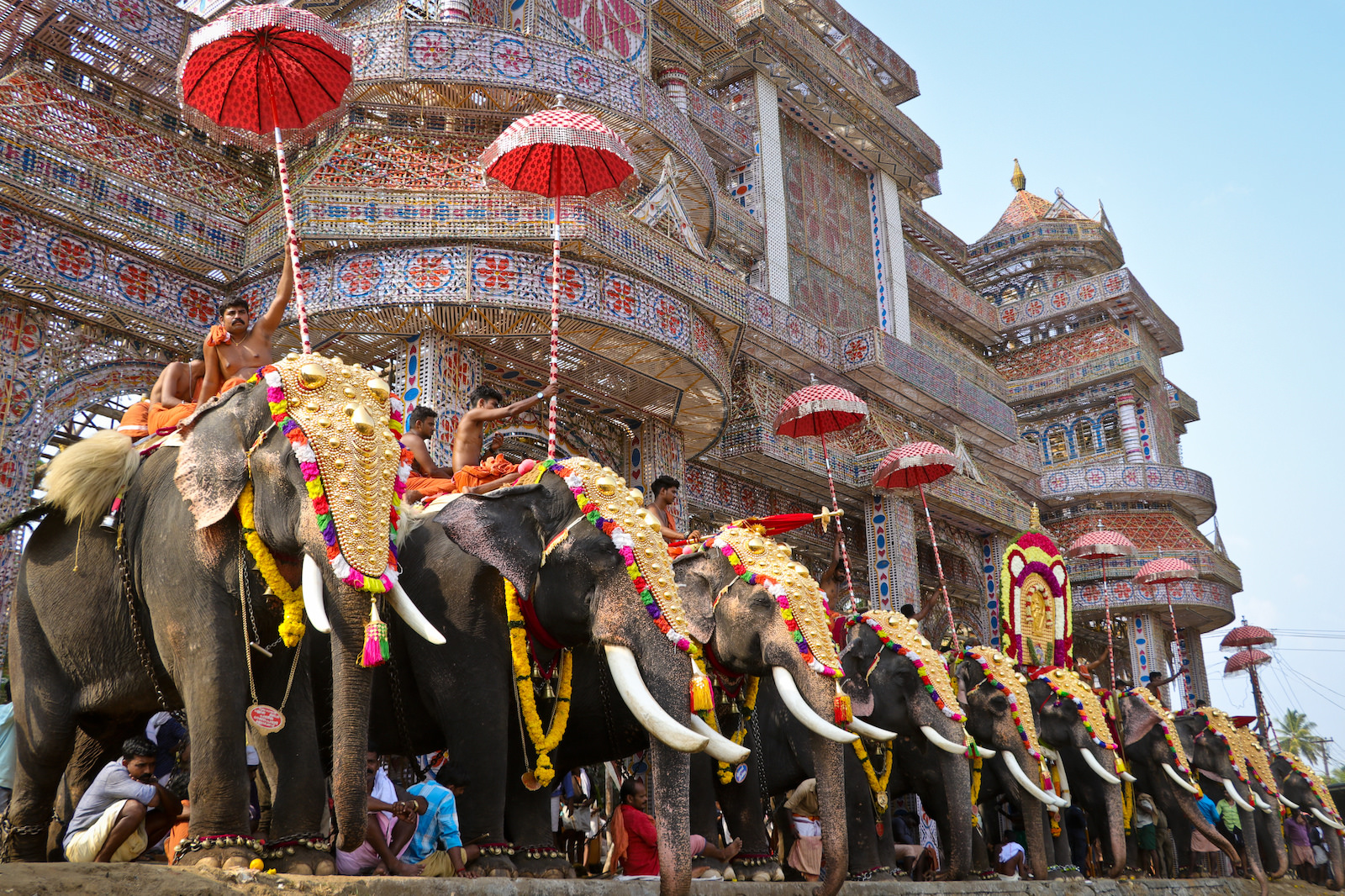 Nemmara and Vallanghy are two neighbouring towns in the south part of Palakkad district, which is in the valley of Nelliyampathi hills. The green carpet of paddy field will turn to the festival ground in the first week of April. This is the Festival of Colours, Art forms, Firework, Elephants. Panchavadyam, Pandi Melam are the cultural arts forms of Kerala which performed here with its best players of the state. Each desom will make large infrastructure called ‘anapanthal’, using bamboo and wood and will electrified using small bulbs which makes more beauty to the festival. The finest elephants of Kerala will join in the procession in two sides. This festival is like a competition between the two desoms Vallanghy and Nemmara, and that makes the spirit of Vela festival.

I had the opportunity to witness this up close and personal thanks to Rammohan uncle and family. Just can’t explain the energy during this festival. At one point, I felt like I was in the movie 10,000 BC walking alongside the mammoth. And the fireworks at 3 AM, better than any 4th of July fireworks for sure.