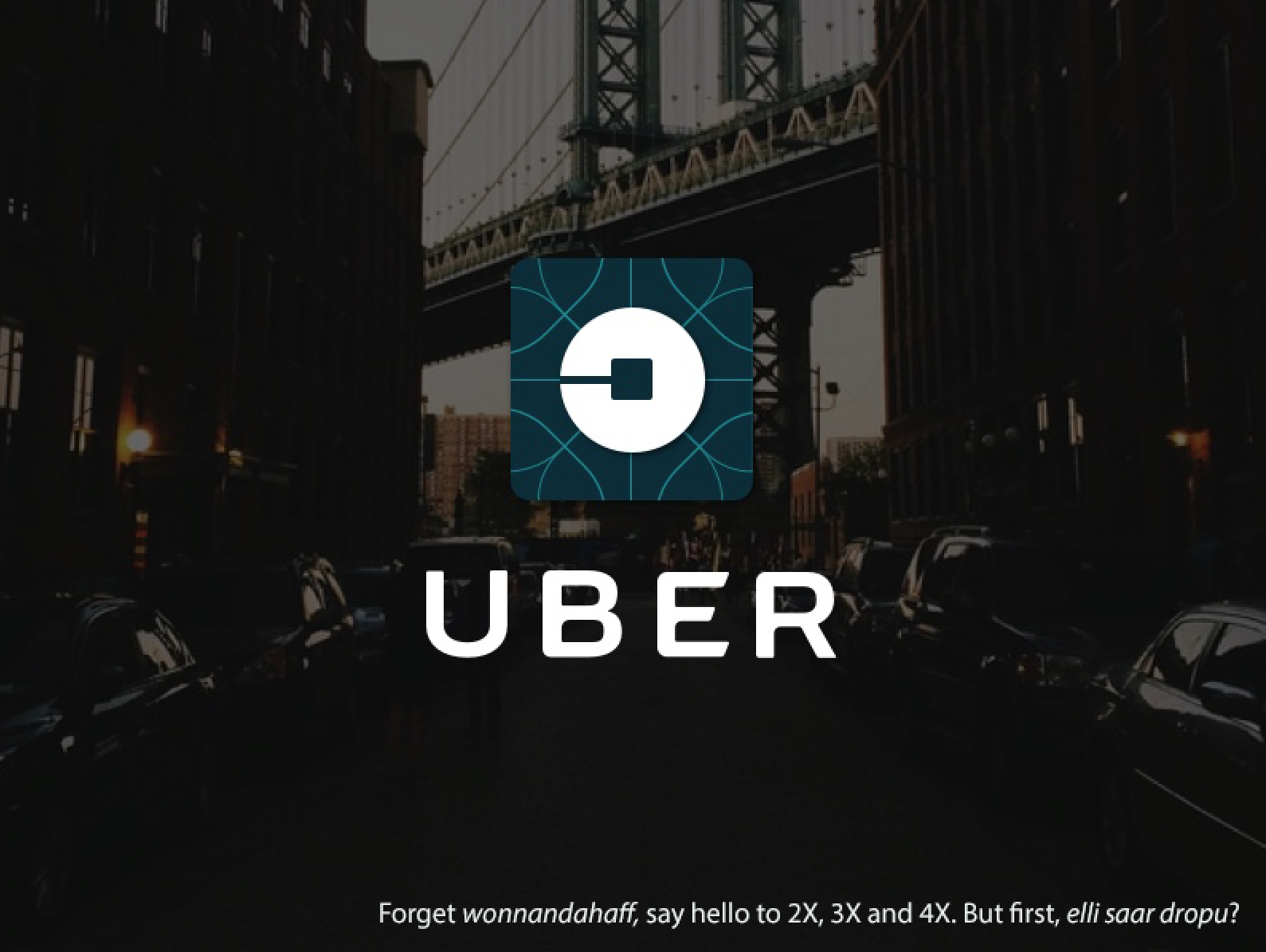 From an ardent fan to using Uber only when I absolutely have no other choice.

There was a time when it was the only cab service I used and recommended, in Bangalore. I do have a personal reason for this anti-Uber stance, which I will get to in a bit. But, even beyond that, I’m thoroughly convinced that they are headed towards disaster. Not the company, or their balance sheets. The disaster is for drivers, passengers and other unsuspecting people on the road.

Let’s rewind a bit. Say 12-24 months. In the race for market share, Uber offered incentives to its drivers, like it was printing currency. I’ve had conversations with drivers who claimed they were making close to INR 2,00,000 per month through incentives. Yes, just incentives! Some even claimed they were paid INR 500 for making just 2 trips. Infact, a 2015 Bloomberg report stated that Uber drivers in India were earning more than bankers and software engineers, on an average.

Obviously, drivers believed they had struck gold! They took loans, bought cars, and even put their loved ones behind wheels. Driving with Uber also became a career choice for some. Did these drivers have driving experience, or basic training in using related technology? I’m not even sure if anyone asked. I’ve had several experiences where the drivers didn’t know how to use GPS.

Cut to today, most of them are regretting their decision of driving with Uber. One of them even told me that he’d prefer going back to being a building painter, as he wasn’t making money with Uber anymore.

Why, you may ask? Aren’t they getting the social mobility that Uber promises its drivers in India? What about the ‘lucrative’ incentives?

Well, they got thinner and thinner. The minimum number of trips in a day went from 5 to 8 to 12 to 16. Currently, Uber seems to have divided drivers into two categories. One set is given a daily target of earnings (with a complex calculation, that’s ever changing). They get an additional amount of around INR 6000 as incentive, on meeting that. The other category is based on a fixed number of trips, which, not surprisingly, goes up to insane numbers like 19 a day. Seems stiff? Wait, the story gets better.

Notice how one cannot book a ride without adding the destination? That, I believe, is where Uber is possibly cheating these poor drivers. My strongest hunch (with inputs from drivers) is that the app algorithm selects drivers based on the destination. The person who needs to make the number of trips, gets the farthest destination request. The person with monetary targets, gets the shorter ones. This makes it almost impossible for the drivers to meet their daily targets. To top it, Uber’s fee for every trip is 25%.

End result: A frustrated, tired driver who makes little money.  So don’t be upset or surprised with the “Sir, can’t do it, its too far” statements. They are not the ones at fault here.

Icing on the cake – these cabs are plying in the streets of Bangalore, where the volume of traffic is akin to a migratory swarm of wasps – dense, choked, steady. The average time to cover 5 kms within the city, is over 60 mins today. How can the drivers meet their targets? They still have to make a living. Thus, we have drivers who are unable to eat on time, are sleep deprived, and defeated. They drive for more than 15-16 hours a day. I know this based on my conversations with drivers, and reports that crop up frequently.

One such report was about the tragic death of Menaka Gulvady, on 24th March 2016. A dear friend, she was killed while riding her cycle, by an extremely fatigued driver. And yes, he was driving for Uber. Not once did the company reach out to her family or even make a statement about it. This is not a first for Uber.

How long before the authorities (if there are any) wake up? How long before we lose more people, to a quest for more profits? We lost a friend for no fault of hers. What’s worse – this ignorance of reality is only spiraling.

Not just in India, but also with my limited use of cab services in the US, something didn’t feel right about Uber. You’d be surprised to know, that crime departments in USA don’t even keep a record of assaults, inspite of them being scarily common. But, we still hear the spiel about background checks and safety measures.

If you have the time, read this post about a journalist’s personal experience with Uber’s culture of sexism. And then this too, about how Uber drivers feel exploited and mistreated, by the company’s ambition driven market strategy. There is no room for humanity there.

The more I talk to people about this, the more I am convinced that Uber isn’t socially conscious. Their focus purely seems market share. Their strategy to get into markets like India, is to piggyback on the need for their service. And they are okay with slashing driver commissions by over 30%, to spread their roots farther.

In all this, I’m wondering, if what happened to Menaka here, was to happen elsewhere, say in New York or Boston, would Uber be equally numb? We let them off the hook really easy. Are we that tolerant? When is it okay to turn a blind eye to tragedies?

Keeping aside the debate about their moral corruption, I really hope there’s a solution to the grave issue on hand. Instead of slashing fares to make it an affordable service, why not keep it at a premium, so drivers can make enough without worrying about daily targets? Why not have features like an auto-cut off after 12 hours of driving (and a break for the next 12), so they get enough rest? I heard Lyft has a similar feature in the US.

Can we (the users who also contribute to this madness) take a stand against these taxi aggregators, until they change their policy and are made more accountable? The supply vs demand rule applies here too. Or are we just going to be in awe of their USD 68 billion evaluation, ignoring all the blood they have on their hands?

Dear Travis Kalanick, you either are oblivious to these facts in a country like ours, or just don’t care. There are enough reports about Uber violating laws, the latest being claims by Meru. Perhaps it’s a case of sour grapes of a competitor. But, you know what the real deal is. And I do too. Not just through drivers, but horrid experiences shared by friends, like speeding, rape threats, and drivers dozing off while driving. As for me – taxi aggregator apps are off my list.

Since we are on this topic, here’s another question for you. We have had issues with auto-drivers about “one and a half” and denying duty. How come we have no issues with Uber’s surge pricing (3x, 5x and so on) and denial of duty? We are the same society that uninstalled the Snapdeal app, because their brand ambassador thought our country was intolerant (nothing to do with Snapdeal at all). Call it hypocrisy or convenience, I just hope people like you and me don’t pay heavily (some of us have already) due to this.