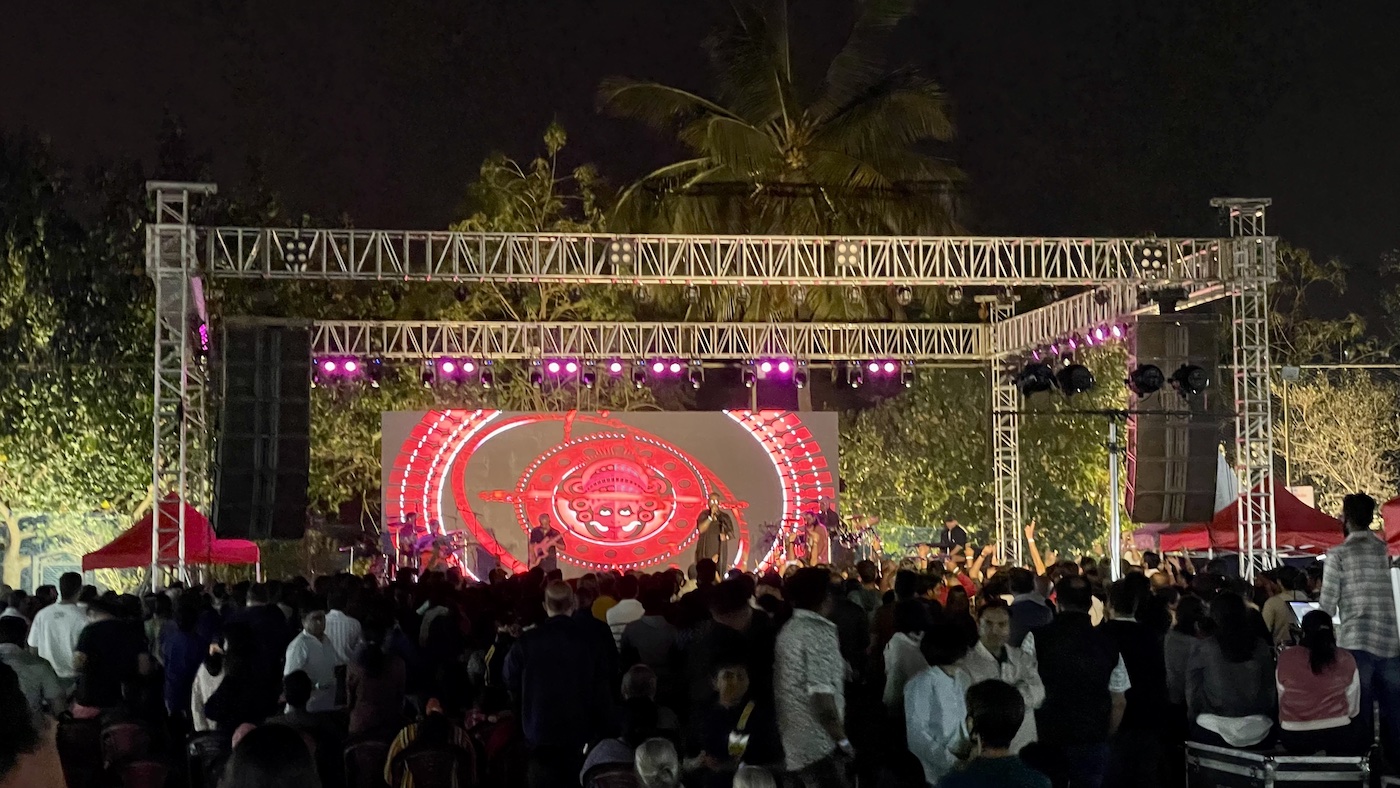 Little did I know that I’d be doing exactly what I didn’t want to do in my own backyard. When the good people at GoodEarth asked me to be a part and the first meeting had just two people from the community, I knew this wasn’t going to be a smooth ride. Having said that, totally happy with how things turned out and we ended up putting out the best Mela ever.

We had 13 core team members from the community planning various aspects of the event. I managed ticketing and marketing.

We issued 2775 tickets for the event.

Close to 2000 of the tickets issued were paid.

Half of it was sold at 80% discount

When we faced questions from why we are ticketing the event at all to where is the money going to why have you become commercial, I kept telling the team that 10% of the customers for any event will never be happy. And, I insisted that its just ‘noise’ and asked them to ignore.

When I look back at some of the comments, some of which are hilarious which I will get to in a bit,  I realised that it was less than 1% of the audience who made this noise.

From deciding to invite a band like Agam to carefully detailing out the ticketing system to planning the games and cultural activities to coordinating with vendors and residents for stalls to programming the entire day’s events to parking and security arrangements were done internally by this core team along with relentless support from GoodEarth.

The appreciation we got from the 99% happy folks meant that we did get a lot of things right.

As for the 1%, while I want to ignore them, I thought it’s good to document them for future reference.

Here are some. Get some beer and read on.

When discussing how a refund was not possible for not using the coupon code we gifted, the final argument point had a googly question – “How can you be so professional?”
Do you know me? My hobby has a professional website. Duh!
(Quick hobby website ad – https://shiftingradius.com/ )

“GE has become commercial”
GE is a real estate company that has always been commercial. This event is for them to promote their business. “Community” is what you and I make of it. GE has provided a canvas like no other builder for us to build this “community’. That doesn’t mean an event that is ticketed suddenly becomes ‘anti-community’, auntie.

“I will find better ways to spend 3000 rupees” said one who was cribbing not buying it during the discounted window for 3 tickets. He bought 4 and seemed to have had a good time.

A slightly ra…forget it, no point insulting. A slightly off person, felt “cheated” by the organizers because she failed to apply the coupon code.
“I am very tempted to boycott the mela, 2 of us not going probably means, for the organizers that much more financial gain!”
This entire event was not for any financial gain, if the organizers made money (doesn’t look like it as I write this), it would’ve gone to a charity. But, both the elderly were around from morning till evening yenjoying like yenything.

“If I knew GE is going to trim branches of trees for the event, I wouldn’t have bought tickets”
Hiiiiiii, read my lips. Sell them.

“My son and I are part of flash mob, can we get free or discounted tickets?”
Friend, I am staring at a rat snake and you have been on loop for the last 15 minutes, can I hang up?

“We decided to perform very late in the cultural program and hence didn’t buy discounted tickets. Can we get some?”
No. Comments.

While these are all ticketing-related and came to me directly, some of the other legends were.

“I am the President of United States, I will not allow you to use the Amphitheatre because I have some old grouse with GE.”

“I am not Agam, but my band is kickass, can we be paid instead?”

“Can our band open for Agam? No? It’s okay I will speak to Praveen”

Despite these, the entire team pulled off what I feel was the best Mela (having attended the previous 2 of 3) we’ve ever had. An event of this size cannot be without hiccups. And, we had very little and I am proud of the team behind it. Everything was clockwork. A rock band like Agam ends their performance at 9:55 PM as we had police permission till 10:00 PM. Almost every stall owner we spoke to said they made decent business for the day. Friends who came from outside said they are jealous of how we have such events. Small details like a shuttle service round the clock from the parking to the venue were called out by folks who care. And, I can’t tell you how many said having a wristband made everyone’s life easy right through the day.

To the folks who felt this could’ve been done better, I urge you to take it up for the next one and do it better. After all, this is a “community” event.

The countless folks, who hugged us, appreciated us and sent us positive responses, thank you.