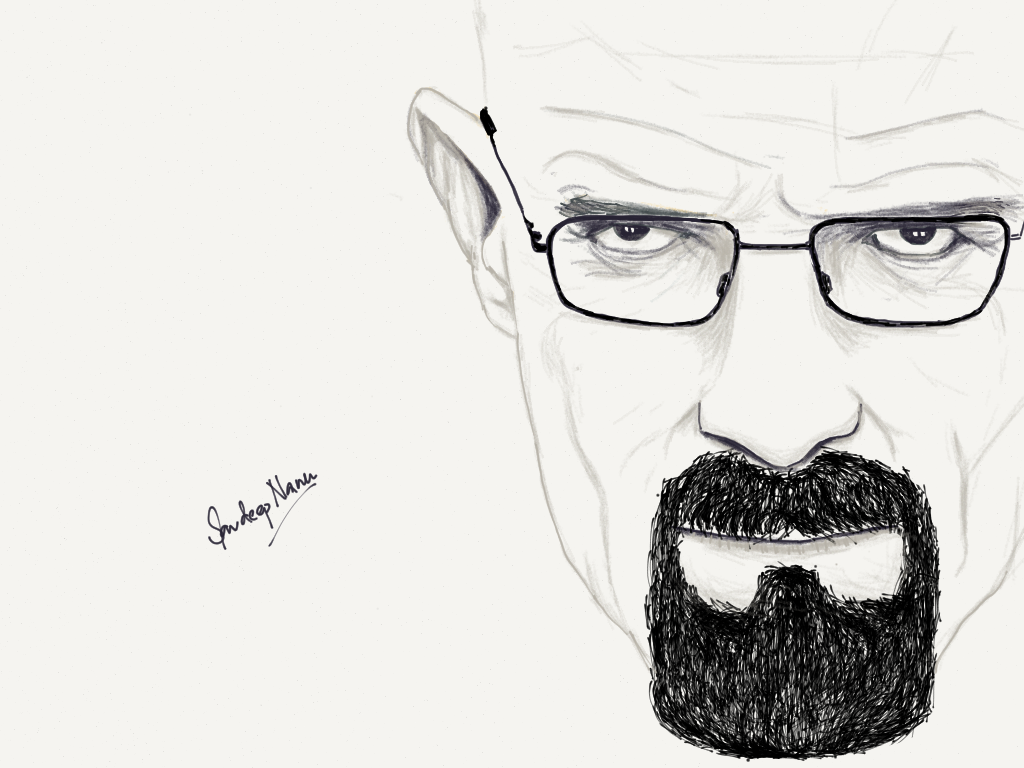 The evolution of Walter White

There hasn’t been a single series that I was this intrigued ever. Having watched every episode of every season almost back to back in 3 weeks, must admit this has to be the most brilliant TV crime drama ever. Premiered in 2008, Breaking Bad, created by Vince Gilligan, is the story of Walter White (Bryan Cranston), a struggling high school chemistry teacher who is diagnosed with inoperable lung cancer. He turns to a life of crime, producing and selling methamphetamine (Crystal meth) with a former student, Jesse Pinkman (Aaron Paul). White’s primary goal, when he begins manufacturing the methamphetamine, is securing his family’s financial future before he dies.

I have been obsessed with the character of Walter White, trying various styles of sketches of this character. Here’s a promo of Season 5 showcasing the evolution of W. W.